The first morning after Robert passed away, I woke to the signature song from The Wizard of Oz, Robert’s favorite movie, playing in my head. Over. And over. I hadn’t gone to sleep with the TV on, hadn’t seen the movie recently. And yet ‘Somewhere Over the Rainbow’ was looping in my head, waking me from a deep sleep. It felt like Robert was reaching out to me, letting me know he was OK. And that I’d be OK.

For months after, though not every day, I would wake with a song in my head, a stanza or chorus repeating. I’d jot it down so I wouldn’t lose it, the way you do with a dream, then Google the lyrics later. The words would be incredibly revealing. And the songs were often so obscure, that I couldn’t imagine this phenomenon was generated by my subconscious at work, but rather, I chose to acknowledge it as a communication. Music was so important to Robert, if there were a way to get in touch, what better means than by song? 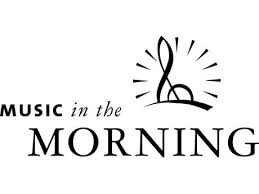 Eleven days after Robert’s death, I woke to the unlikely and annoying:  “My name is Michael, I got a nickel, I got a nickel, shiny and new…” The high-pitched, sing-songy style was stuck in my head all day. Later, however, when I read the lyrics to Playground In My Mind, it was stunningly appropriate:

When this old world gets me down

And there’s no love to be found

I close my eyes and soon I find

I’m in a playground in my mind

Robert was an alcoholic, escaping into a bottle – closing his eyes and going to the playground in his mind. While I hope he didn’t feel there was no love to be found, I’ve since learned that alcoholics with seemingly wonderful lives sometimes feel this way.

I’m a Dylan fan so it was no surprise that one dawn brought with it “Don’t Think Twice, It’s Alright.” When I emailed our friend Chris that morning, he typed back: “Don’t Think Twice is about a man leaving his woman…wow! Go to sleep quick and wake up and let me know what the next one is.”

The next morning’s song was Swing Low Sweet Chariot – when was the last time I heard that? – followed by All That Jazz. Robert was a big fan of Broadway musicals. Me? Not so much. Which was why I was surprised that — not knowing the lyrics — the song still somehow played in my head:

And all that jazz

Is where I store the juice

And all that jazz

Robert found lots of glasses. Hid lots of bottles. Drank lots ‘juice.’ Call it juice, call it hooch — the meaning was inescapable. Each song resonated with a message.

And the songs kept coming. The Bangles’ Eternal Flame, The Rolling Stones’ As Tears Go By, Words of Love by the Mamas & the Papas. I thought Don Henley’s song The Heart of the Matter was called Forgiveness, hearing it looping in my brain one morning, until I looked it up online.  When I read the lyrics, I wondered if Robert was asking for my forgiveness. The phrases “empty arms” and “I’m learning to live without you” struck a chord, as Robert had been withdrawing from our life together, retreating to his man cave in the basement, cozying up with a bottle of scotch.

Tuesday Afternoon by the Moody Blues came on a Wednesday morning, the day of the memorial service being held at the university where Robert taught. The lyrics astounded me.

I’m just beginning to see, now I’m on my way

It doesn’t matter to me, chasing the clouds away.

Something, calls to me,

The trees are drawing me near, I’ve got to find out why

Those gentle voices I hear explain it all with a sigh.

I’m looking at myself reflections of my mind,

It’s just the kind of day to leave myself behind.

Were the morning songs a way of mourning? Or my unconscious mind trying to make sense of life with an alcoholic and the world of widowhood? Or Robert reaching out to me? I was convinced it was the latter, a theory I shared with only a few people.  Chris — my concert buddy, a fellow rock n’ roller, and a close friend of Robert’s – chose to believe my theory, as well.

Initially, the songs were startling, but it wasn’t long before I found them comforting and had grown accustomed to the routine. Discovering the meaning in a stanza spinning in my head became a game of sorts; and I enjoyed talking with the friends with whom I’d dared to share my morning songs theory.

“What happens when the songs stop?” I’d asked Chris.

Without missing a beat, he responded, “That will mean you don’t need them anymore.”

I couldn’t imagine a day that would be true. But eventually the days came when I no longer woke to a song in my head. Chris was right, I no longer needed them.

One Response to “Morning Songs – What Happens When the Songs Stop?”