If my late husband, Robert, were to meet my boyfriend, Billy, they’d have little to talk about—not that I’m worried they’ll bump into each other, but it’s impossible not to notice the distinctions. Robert wouldn’t walk out of the house without ironing his shirt; Billy didn’t own an iron when I met him. Robert was a news junkie; Billy is an avid sports fan. Super Bowl Sunday would find Robert in the Men’s Department at Bloomingdale’s.  For Billy, the Super Bowl is the culmination of months of Fantasy Football – and cursing at the television. I only recall Robert yelling at the TV once, during an upset at the Oscars.

The first time I did laundry for my husband was after we moved into our house. I was in the basement loading the washing machine when I heard footsteps racing across the living room and pounding down the basement stairs. Robert rushed into the laundry room as if his hair was on fire: “You didn’t put my Ralph Lauren shirt in the dryer, did you?”

In light of that experience, when Billy moved in I asked: “Can all your clothes go in the dryer?”

He looked at me with a puzzled expression. “Yeah,” shrugging his shoulders, “why not?”

Everything from dress shirts to soccer jerseys gets tossed in.

Robert didn’t have soccer jerseys or any garment with a sports team logo. He was more comfortable in a Fifth Avenue store (despite an outer borough wallet), than a sports arena.

A good sale was a big win. Sadly, his greatest bargain ended up on the Disabled List.

We were eating at Alfredo’s, a restaurant owned by a friend of my in-laws. Robert was wearing the pinnacle of his shopping career—the particulars of which I know by heart, having heard him tell the story so often:  A sale at Bergdorf’s. The last one. His size. “You can never have too many white button-down shirts,” he’d declare.

Halfway through dinner, Alfredo – the tall, burly, old-world Italian cook – came out of the kitchen and over to our table. “Hey, how’s ‘a you father?” he smiled and clapped Robert on the back, anointing the virgin white cotton oxford with tomato sauce.

Robert winced, dread flashing across his face having spotted the chef’s saucy fingers before they landed on his back.

Billy has never set foot in Bergdorf Goodman’s.  He shops for clothes at CostCo (while picking up groceries), Kohl’s and Citi Field. His favorite place to browse is a hardware store. And with the exception of watching televised sports, Billy will choose being outdoors over staying indoors anytime. He loves to golf, hike, swim and bike.

Both men have brought more life to my life. 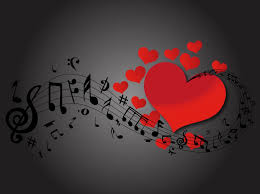 Robert’s eclectic taste in music coaxed me out of my rock’n’roll-only phase, and gave me an appreciation for classical, light jazz and Big Band era. He orchestrated the backdrop to our dinner parties, from the soundtracks of John Williams to the sounds of Sinatra. Sunday morning’s mix of tunes might include Tchaikovsky, James Taylor, Acoustic Alchemy and Irish folk songs.

Billy brought out the gardener in me. I’d tinkered in the yard for years, but Billy upped my game. Shortly after we met, Billy and I were transplanting bushes, redesigning flowerbeds and creating a vegetable patch. Now I own gardening tools serious enough to inspire a murder mystery. Gardening had been a challenge; as a little girl I ran into the house whenever a bee buzzed by. With fair skin and a wicked fear of insects, I was a bug-zapping, shade-seeking, al-fresco-frowning, anti-outdoorswoman when I met Billy. On our first date, he asked enthusiastically, “When was the last time you went camping?” I looked at him and scowled: “Girl Scouts.” Eventually, love won out.  Billy’s enthusiasm for the great outdoors and promises to protect me from bears, led to my first camping trip since 1968 when Girl Scout Troop 4-935 boarded a bus from Flushing, Queens for a lake in upstate New York.

And Billy brought me back to the beach, a place my Dad loved and a big part of my childhood summers. But once I grew up, I avoided the sun as skillfully as a vampire. Now, the beach is one of my favorite places. With Billy, I’m more adventurous – I’ve gone snorkeling in Oahu, jet skiing in the Gulf of Mexico and camping in the mountains. I no longer run when I see a bee, though I’m still not sure how I’ll react if I spot a bear.

Part of the thrill of finding love in your 50s is discovering the new you, a slightly altered version of the person you’d gotten used to in your 20s, 30s and 40s. Baby Boomers in new relationships get to shake things up and discover selves they weren’t yet ready for years ago.

Robert and Billy changed me. That’s what love does.